Uptrace allows to monitor your whole application stack on a compact and informative dashboard. You get a quick overview for all your services, hosts, and systems. 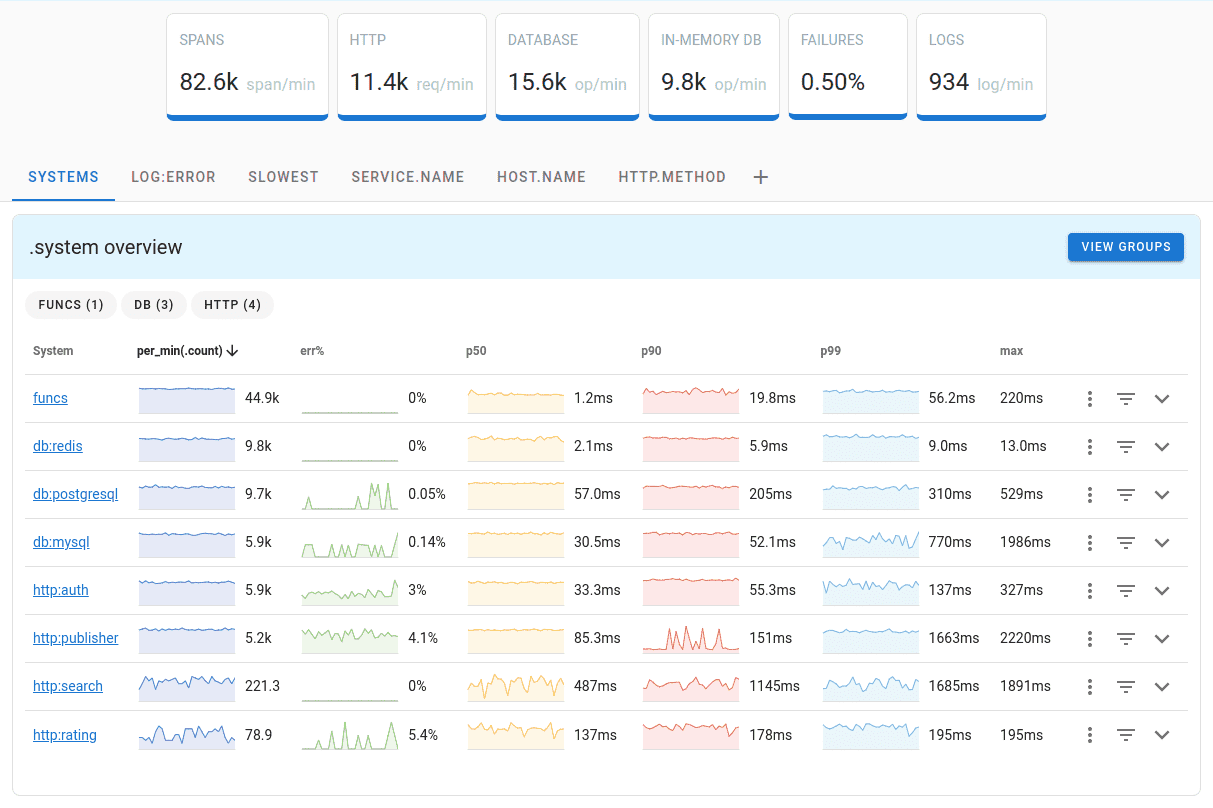 You can also analyze application performance using a fast and intuitive query language. You have the full power of SQL at your disposal to get deep insights from your data. 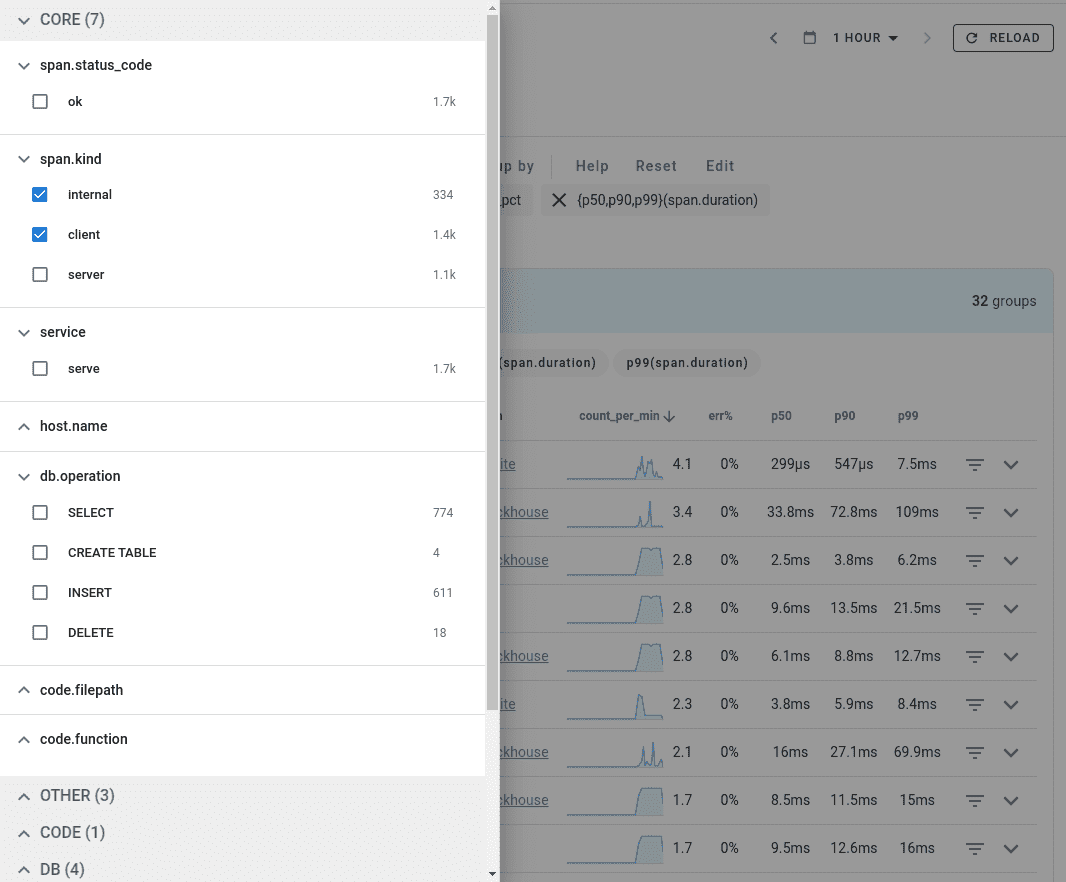 Uptrace uses OpenTelemetryopen in new window to instrument code and collect traces, metrics, and logs. OpenTelemetry specifies how to collect and export telemetry data. With OpenTelemetry, you can instrument your application once and then add or change vendors without changing the instrumentation.

OpenTelemetry is available for most programming languages and provides interoperability across different languages and environments.

Uptrace efficiently stores the data in ClickHouse database which, when compared with Elasticsearch or Cassandra, allows to significantly reduce storage requirements and improve query performance.

Uptrace comes with a modern Vue-based UI that helps you analyze and optimize application performance using a fast and intuitive query language.

The main difference between projects is in the user interface design which is hard to describe accurately.

SkyWalkingopen in new window does not support ClickHouse and instead uses ElasticSearch/OpenSearch. SkyWalking also does not directly support OpenTelemetry protocol.

Jaegeropen in new window requires a plugin to work with ClickHouse. Because Jaeger supports multiple storages, the ClickHouse database schema and the plugin communication protocol can be considered sub-optimal.

Jaeger does not support metrics, charts, percentiles, and has limited filtering capabilities.

Zipkinopen in new window does not support ClickHouse and requires OpenTelemetry -> Zipkin transformation to convert data between different protocols.

Zipkin's UI is minimalistic and can't be directly compared with Uptrace.

All Uptrace code code is open and battle-tested in production by thousands of happy users:

Next, get started with Uptrace by downloading Uptrace binary or creating a cloud account.